And what a wonderful surprise it was to find Agapi Reads nominating me for the “Versatile Blogger Award”. I truly appreciate it! 🙏

There are also a few rules that have to be followed upon accepting the award:

Well, about that last one, I’ve never been really comfortable just going on talking about myself; but seeing that the rules demand it, here we are–so, let’s talk culture!

Well, that’s pretty much it! I hope you enjoyed this post, at least enough to make you want to come up with such a list of your own. ~ And now, here come 15 wonderful blogs, which I nominate in turn (I’m new to this award-tagging procedure, so bear with me.)

On a final note, here are also my Instagram and Goodreads accounts, I look forward to hearing from you there as well ~

Till then, lots of love, 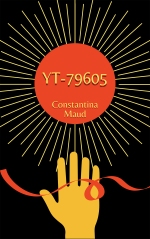