Now don’t get me wrong. In my novels I’ve had stormy characters of the antihero clan come in their flawed, scarred armour and battle-worn wit and rescue me from the multi-headed Hydra of “The Writer’s Block”, so my point could never be against them. For better or for worse, both readers and writers tend to claim they identify more easily with a more “human” and “real” character… At least that’s what the definition of an antihero almost always entails.

The point, though, is this: Shouldn’t we be a tiny little bit worried that we cannot feel or identify with a more hero-qualified character as “human” or “real”?

As far as typecasting goes, it seems it’s us that have got stuck there. We readily discard a hero’s solidarity and determination to battle against injustices inflicted on others or her/his will to do the right thing for their wider community as otherworldly qualities or virtues downright unattainable.

And so the anti-hero protagonist camaraderie springs. Perhaps this whole individuation journey that Jungian theory widely talks about, has been misunderstood; as an excuse, to fight against our personal demons without caring about our fellow human beings’ battle with their own. Or maybe even worse, the antihero protagonist soothes our shadow aspects, lulling us into feeling that it is ok to go with it and see how we can get by with them; much, much less work than breaking down and solving the riddle of these shadows, even more so in a collective way, the way a hero chooses to do…

And all of this when at the same time, in our own lives, we heroically struggle with our dark sides and seek to rise above them almost every day. Being crushed by a personal failure and yet striving to put a loved one’s best interest before our own, handing what’s meant for our lunchbreak to one of the homeless persons our heart breaks to see in every street and corner… Why does an anti-hero feel more “at home” to us, then?

If one could put this in a single line, one would say that the antihero dwells in her/his flaws, seeking in the best case scenario to find the light, while a hero strives to remain in the light, while fighting against the tides of flaws that try to engulf him. Then, by claiming to better understand the antihero, why do we accept for ourselves that we lie in the shadows when we never really leave the light? Isn’t this self-sabotaging, being disinterested in or looking down on our better selves for the sake of their shadow counterpart? Why “rather” Roquentin “than” Alyosha Karamazov?

Hero protagonists, both female and male, are not clichés. On the very contrary, they are as rare as we have made them. Rome will never be built in a day (3d printing aside, yes…), but small steps and an awakened mind can do more than half of the wonder – read about a hero, write about a hero.

Because you are one.

3 thoughts on “To ‘hero’ or to ‘antihero’? That is the question” 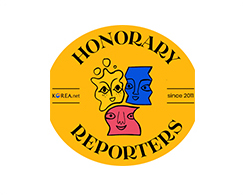 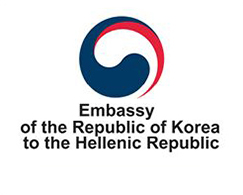